Thomas Corbett was born in London in 1832, but he gained his fame as Boston Corbett, the man who killed John Wilkes Booth.

As a young man, Corbett drank heavily. He then moved from New York to Boston and encountered Methodist reformers. They persuaded him to swear off alcohol and join the Methodist Church. He embraced the church as he did everything else in life – with great gusto, changing his name to Boston Corbett and growing his hair long to imitate Christ.

Corbett became a street preacher, condemning sinners around the city. He would set up an impromptu pulpit on a street corner and offer his sermons to the passing parade. And when criticized or confronted, he put his brawling skills to use and took on all comers. Historians suspect Boston Corbett had mental problems to begin with, but they were probably exacerbated by his exposure to mercury while pursuing his trade as a hatter. In one of the odder incidents in his life, two prostitutes propositioned Corbett. He condemned them and continued home, but the temptation he felt troubled him.

Seeking answers in the Bible, he turned to the Book of Matthew, which instructs: “And if thy right eye offend thee, pluck it out and cast it from thee….and there be eunuchs, which have made themselves eunuchs for the kingdom of heaven’s sake.” Corbett chose a literal interpretation of the book and castrated himself.

In 1861, Corbett needed to decide his fate. Would he become a pacifist or a soldier? After prayerful consideration, he chose soldier and enlisted in a regiment from New York to join the Union Army in the Civil War. Before firing a shot he would utter the phrase, “May God have mercy on your souls.”

Corbett was not an ideal soldier. He carried his Bible with him and never missed an opportunity to scold his fellow soldiers – including superiors – for profanity or other sinful behaviors. He was court martialed for his conduct and expelled from military service, but rejoined in 1863. 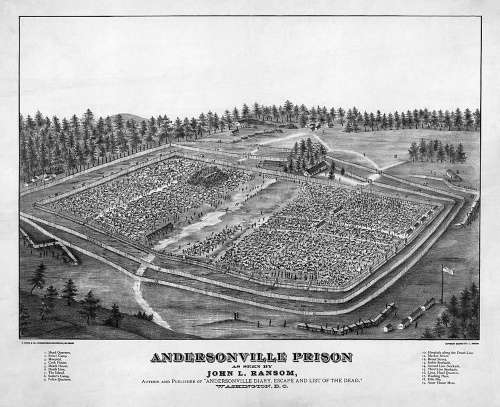 Corbett would serve time in the Andersonville Prison in Georgia – the Confederate-run prisoner of war camp. Nearly one-third of the 45,000 Union soldiers sent to Andersonville died there. Corbett was fortunate. He survived.

After John Wilkes Booth assassinated President Lincoln on April 15, 1865, he fled to the Town of Port Royal in the northern end of Virginia’s Tidewater Region. 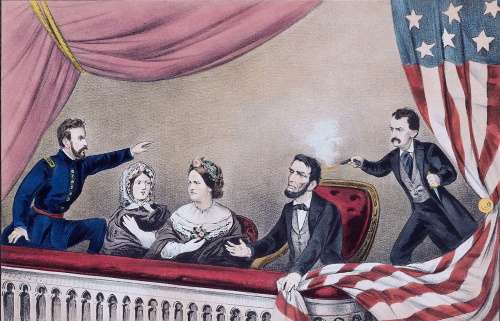 Lincoln’s Secretary of War Edwin Stanton sent 26 Union soldiers from the 16th New York Cavalry Regiment in pursuit. Boston Corbett was in the regiment, which had orders to bring Booth and his accomplices back to Washington – preferably alive.

When the Union soldiers found Booth holed up in a barn, they flushed him out by setting it on fire. Boston Corbett shot the fleeing Booth in the neck. The shot paralyzed Booth, and he died within two hours.

As Corbett explained it: “I aimed at his body. I did not want to kill him….I think he stooped to pick up something just as I fired. That may probably account for his receiving the ball in the head. When the assassin lay at my feet, a wounded man, and I saw the bullet had taken effect about an inch back of the ear, and I remembered that Mr. Lincoln was wounded about the same part of the head, I said: “What a God we have…God avenged Abraham Lincoln.” “The rebel is dead. The patriot lives . . . he has spared the country expense, continued excitement and trouble. Discharge the patriot,” Stanton reportedly said.

Boston Corbett did not live happily ever after. Following the war he returned to Boston, and to hat making. He became even more erratic, launching into prayer and waving his pistol when agitated. He took to giving speeches about killing Booth, but his increasing incoherence prevented him from furthering that career.

Chased out of job after job, he went from Boston to Danbury, Conn., to New Jersey and finally to Kansas as a homesteader. Moved by his role in killing Booth, the Kansas Legislature appointed him assistant doorkeeper in 1887.

By then, however, delusions and paranoia dogged Boston Corbett. He feared irate former Confederates would assassinate him.  At one point, convinced his fellow court officers conspired against him, Corbett brandished his pistol and cleared them from the Statehouse. For that, he was sent to an insane asylum in Topeka. He then escaped and with the aid of a friend slipped away. 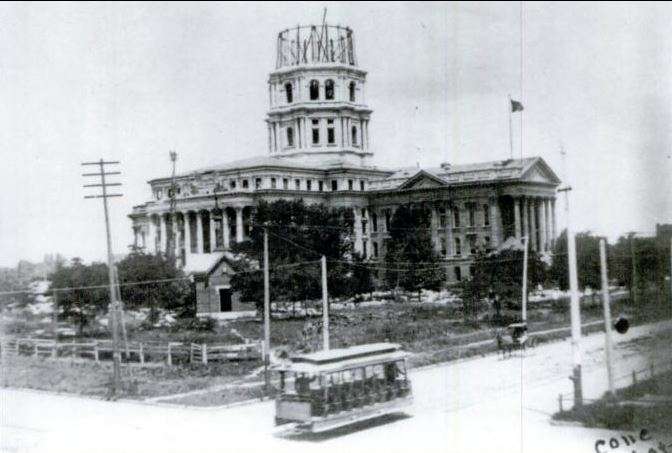 Today, no one knows what happened to him.  He said he planned to go to Mexico. Some theorize he perished in the Great Hinckley Fire in Minnesota in 1894.

The search for his final history is clouded, however, because many imposters claimed to be “Lincoln’s Avenger” after Boston Corbett disappeared.

If you enjoyed this story, you may also want to read about John Wilkes Booth’s New Hampshire fiance here. This story was updated in 2022.

[…] The man who killed John Wilkes Booth was an eccentric religious fanatic who castrated himself before enlisting in the Union Army. Ref: http://www.newenglandhistoricalsociety.com/boston-corbett-mad-hatter-killed-john-wilkes-booth/ […]