Home Crime and Scandal Charles Lindbergh and the Other Kidnapping Charles Lindbergh and the Other Kidnapping

The kidnapping of the Charles Lindbergh baby rocked the world in 1932. But three years earlier it was Lindbergh’s sister-in-law who faced a kidnapping threat.

Constance Morrow was the younger sister of Anne Morrow, who would marry Lindbergh in May of 1929. In April of that year, Lindbergh had to come to the rescue of his future sister-in-law. 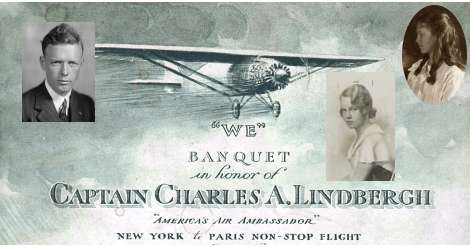 Constance Morrow, then 15, was a student at Massachusetts’ Milton Academy. She received a chilling letter in the mail: “You read this and keep your mouth closed. Don’t open your trap to a living soul or it will be your last talk. Your father has plenty of money. Do as you’re instructed and no harm will come to you…”

The letter writer instructed Constance to gather $50,000 and place it in a stone wall in Westwood, Mass. If she did not, she would be kidnapped and killed.

The letter also made an allusion to another girl, Frances St. John Smith, who had disappeared from Smith College just one year earlier. Smith’s body was later found in the Connecticut River. Smith had been a classmate of another Morrow sister, Elisabeth. Smith, the writer alleged, had received a similar extortion threat but had gone to the police. She had been killed for it, the letter implied.

The Morrows were the daughters of Dwight and Elizabeth Morrow. He was a partner at banking firm J.P. Morgan and one of the richest men in New Jersey. He would later become a U.S. Senator and was, at the time of the threat, ambassador to Mexico.

Constance Morrow reported the threat to her father, and he arranged for security. The police also staged a carefully orchestrated ransom drop. A girl was recruited who looked almost exactly like Constance Morrow. She drove from the Morrow home to Westwood, Mass. and left a bag in the stone wall as instructed.

Next, the police watched and waited. Though several people passed by the stone wall, no one stopped to pick up the money.

The Morrows waited in New Jersey for any word. They began to grow concerned. If the extortionists had figured out they had gone to police, they feared Constance might be targeted for retaliation as the letter had promised.

Compounding their troubles, Anne Morrow had just become a household name as she was engaged to Charles Lindbergh, a worldwide celebrity for being the first pilot to cross the Atlantic Ocean. The press was waiting for any hint of the couple’s wedding date.

Lindbergh crafted a plan to get the Morrows to safety. He arranged to borrow a plane so that no one would notice his aircraft was missing, and he piloted the Morrow girls and their mother to the family’s summer home on the small island of North Haven, Maine. There they hoped to hide out unnoticed until the kidnappers were caught.

But even on North Haven Charles Lindbergh was well known. There was no hiding for the world famous aviator and word leaked out that the Morrows were there with the world-famous pilot. Constance’s father Dwight stirred more interest in what was going on when he left his post in Mexico and traveled to Maine. The Morrows managed to keep the blackmail/kidnap plot a secret, but Lindbergh and the Morrows were catnip to the press, which assumed the abrupt departure for Maine was tied in with Anne and Charles’ wedding. The family put an end to the media circus by returning to New Jersey. They announced on May 29 that Charles and Anne had married and were on a honeymoon.

As for the would-be kidnapper, he was never caught. Detectives thought they had the man when they apprehended a stranger on North Haven and incarcerated him in the town hall for several hours. But he turned out to be an inventor who wanted to talk to Lindbergh about investing in a product he was developing.

The private detectives later found several other victims of the blackmailer/kidnapper around Boston who received similar letters, but they never traced them to the culprit.

Thanks to The Snatch Racket, Edward Dean Sullivan.

The Siege of Scarborough and Maine’s Long War

Archduke Leopold, the Connecticut Factory Worker Who Might Have Been King - New England Historical Society November 8, 2020 - 8:30 am

[…] social pages at luncheons, parties and the racetrack. In 1928, the Times mentioned him along with Charles Lindbergh as attending an international polo match on Long Island. […]