Charles Shay, a 19-year-old Penobscot, landed on Omaha Beach on D-Day. Under heavy German fire, he bandaged the wounded and pulled drowning men from the blood-red tide.

The way Charles Shay looked at it, liberating Normandy continued a traditional alliance between the Penobscot Indians and the French people.  His ancestor, Jean-Vincent d’Abbadie de Saint-Castin, served as a French military officer in Acadia, now Maine, during the late 17th century. The town of Castine, Maine, is named after him. Castine married the daughter of another of Charles Shay’s ancestors, the chief Madockawando, and he fought with the Penobscot against the Dutch and the English.

There is now a plaque commemorating Indian soldiers in a little park on a bluff overlooking Omaha Beach. On June 5, 2015, the park got a new name: The Charles Shay Indian Memorial. When the U.S. Army drafted Charles Shay, history repeated itself. His ancestor, Joseph Orono, helped the Continental Army during the American Revolution.

Shay was trained as a medic and shipped out with the 16th Infantry Regiment, part of the Big Red One. The Big Red One spearheaded the assault on Normandy, and suffered about 2,000 casualties on D-Day, mostly in the first hour.

Shay landed under heavy fire, carrying two satchels of medical supplies. He saw wounded men drowning in the sea, and he pulled them onto the sand. He bandaged the wounded and administered morphine, cradling the dying in his arms. He then tended to wounded soldiers at the Battle of Aachen, the Battle of Hurtgen Forest and the Battle of the Bulge. Germans captured him after he crossed the Rhine on the bridge at Remagen. A month later, American troops liberated the POW camp.

Shay went home briefly, but couldn’t find work. He re-enlisted and returned to Europe as a medic for a military police battalion in Vienna. He met and married an Austrian woman, Lilli Bollarth.

Then the Korean War broke out, and Charles Shay went into battle once again as a combat medic. When the war ended, he returned to Vienna and worked for the United Nation’s Atomic Energy Commission. He and Lilli returned to the Penobscot Indian Island Reservation in Maine during the summers. While in Maine, he’d visit the University of Maine at Orono to talk German with the German language students.

His aunt, Lucy Nicolar, and her husband Bruce Poolaw had built a two-story wooden teepee from which they sold Indian novelties and Lucy’s baskets. When she died, Charles Shay inherited the teepee, so he remade it as a small family museum. 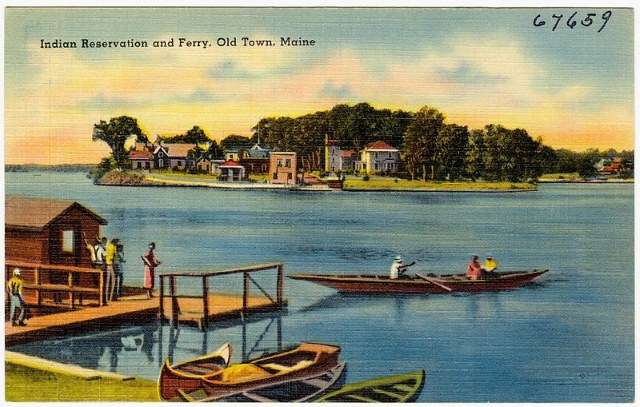 His grandfather, Joseph Nicolar, had written a book called, The Life and Traditions of the Red Man, in 1893. Shay had it republished, and he wrote his own autobiography. But he also worked on winning recognition for Indian warriors, persuading the state of Maine to recognize June 21 as Native American Veterans Day.

Charles Shay received the Bronze Star and the Silver Star from the United States, but the French awarded him an honor that perhaps surpassed those. In 2007, Nicolas Sarkozy, President of the French Republic, inducted him into the Legion of Honour as a Chevalier. 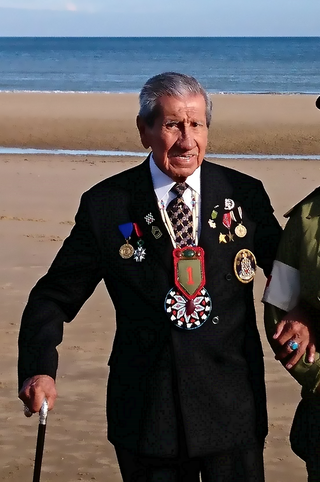 In 2015, Charles Shay presided at a ceremony on a bluff overlooking Omaha Beach. Dignitaries unveiled a granite statue of a turtle and a plaque dedicating the park to the 175 Indians who landed on the beach that day. The park got a new name that day: the Charles Shay Indian Memorial.

“There is now a plaque commemorating Indian soldiers who left Turtle Island to help liberate our ancient French allies,” he said. “We will not forget their sacrifices.” 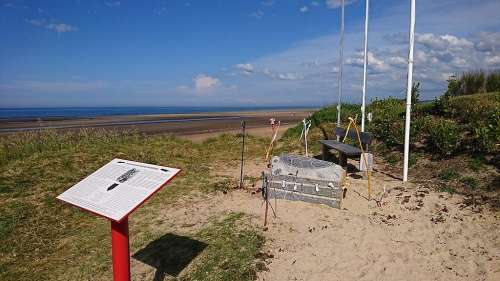 Shay, 98 in 2022, has a website. You can visit it here. His book, Project Omaha Beach: The Life and Military Service of a Penobscot Indian Elder, is available from Bookshop.

The Ku Klux Klan Fights the Battle of Greenville, Maine

Saint-Castin, the French Baron Who Drove the English From Maine - New England Historical Society February 23, 2020 - 8:52 am

[…] Maine, was named after Jean-Vincent d’Abbadie de Saint-Castin. His descendants, who include Charles Shay, occasionally visit the Witherle Memorial Library in […]