The place Francis Stepney occupies in New England history is a minor one, but one that reflects the internal struggles of the Puritans as the Massachusetts colony matured.

The Puritans typically reserved Thursdays for lectures — an opportunity to reflect on how they might better themselves by living more pious and Godly lives. But by 1685, with more prosperity and fewer wars to occupy their time, some Puritans began to question the harsh lifestyle the Puritans endorsed.

Clothing and behaviors were growing more liberal and some even began contemplating dancing.

Francis Stepney, a dance master from England, saw his opportunity. Stepney openly challenged the notion that dancing was evil. He began offering dance classes, on Thursdays no less.

Leading minister Increase Mather laid out the prevailing Puritan opinion succinctly in his 1684 pamphlet An Arrow Against Profane and Promiscuous Dancing Drawn out of the Quiver of the Scriptures.

“Concerning the controversy about dancing, the question is not, whether all dancing be in itself sinful,” Mather wrote. “The Prince of Philosophers has observed truly, that dancing or leaping, is a natural expression of joy: So that there is no more Sin in it, than in laughter, or any outward expression of inward rejoicing.”

However, he pointed out, only certain types of dancing were laudable. Sober and somber dancing where men danced with men and women with women were acceptable, as were men’s displays of their fighting abilities in their armor.

But he had to draw the line at women dancing with men, he wrote. “But our question is concerning Gynecandrical dancing, or that which is commonly called mixed or promiscuous dancing, viz. of men and women (be they elder or younger persons) together: Now this we affirm to be utterly unlawful, and that it cannot be tolerated in such a place as New England, without great Sin.” 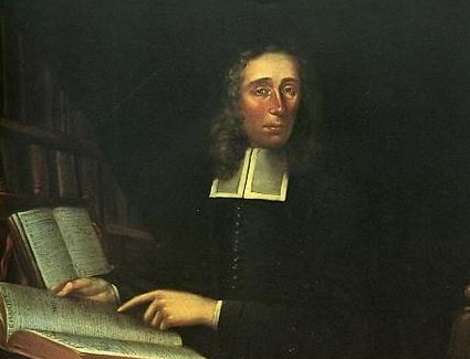 Lest his critics accuse him of arbitrariness, Mather offered a detailed defense of his position, point by point:

“Religion is no Enemy to good Manners, to learn a due poise and composure of body is not unlawful, provided it be done without a provocation to uncleanness, and be not a nurse of pride and vanity.”

Not surprisingly, his position was not a welcome one. He was summoned to the court to answer for his “profane and wicked speeches tending toward blasphemy.” He was, his critics accused, no better than a Quaker – a charge that infuriated him.

Stepney had his allies, however, among them a wealthy Boston merchant, Samuel Shrimpton. Shrimpton was eager for change to come to Massachusetts. The colony’s charter had been revoked with the death of King Charles II and no new charter had yet been received. Shrimpton feuded openly with the members of the General Court, questioning their authority and refusing to bend to their decisions on matters regarding his father’s will.

Stepney demanded a jury trial and Shrimpton posted his bond. Not surprisingly, the trial did not go well. Stepney was convicted and fined 100 £ in February of 1686.

Diarist Samuel Sewall noted the decision: “Francis Stepney fined 100£. 10£ down, the rest respited till the last of March, that so he might go away if he would.” Stepney appealed.

As this minor drama played out, the larger drama built to a head as King James II prepared to send the more liberal and flamboyant Edmund Andros to take over as the new governor of Massachusetts. The Puritan ways and the old order would soon be under attack, Sewall correctly predicted. Stepney would not be part of it, however.

The dance master gave up his fight and fled the colony, apparently to avoid paying his bills.

On July 28, Sewall succinctly notes in his diary: “Francis Stepney the Dancing Master runs away for Debt. Several Attachments out after him.”

Stepney’s name next popped up in New York later in 1686 where he fared no better. He was arrested as a disorderly person. The minutes of the New York province’s governing council record his fate there: “It being informed to this board that Francis Stepney dancing master hath for his ill behavior been forced to leave the neighboring government of Boston, and likewise it appearing that he has been of loose carriage here and that he has neither a visible estate nor any manual occupation whereby to gain an honest livelihood nor yet has given in the security required by an act of assembly of this province, it’s therefore ordered that the said Francis Stepney never hereafter teach dancing within this province…”

The council then ordered him to leave within six days.

The Little Canadas of New England

hahaha thought they were against dancing.

Guess I know where I’m going in the afterlife! . On a related item, Barb’s 6’th Grandmother, one of the founders of Oyster Bay, Long Island, went to Salem to protest the Witch trials. She, too was tried as a Witch, but acquitted.

[…] “It happens on the day I say it happens,” Capp once said.  Every year, he claimed, he received tens of thousands of letters from colleges, communities and church groups as early as July asking what day will be Sadie Hawkins Day so they could plan a dance. […]