Home Connecticut The History of Epidemics in New England The History of Epidemics in New England

The history of epidemics in New England teaches us that they arrive with terrifying swiftness. They also don’t get less lethal with time, no matter the improvements in medicine, science or public health.

For example, more people died from the flu pandemic in 1918 than from the Black Death in a hundred during the Middle Ages.

Epidemics, it seems, have always come to New England from across the sea. Europeans fishing the Grand Banks brought plague and smallpox to the native population in the 16th century. Three centuries later, sailors home from World War I brought the Spanish influenza to Boston and then to the rest of the United States.

And then as now, children and the elderly were usually the ones who died during epidemics of smallpox, flu, measles, cholera and diphtheria.

In the history of epidemics, perhaps no people suffered more than the indigenous people of New England.

The first recorded epidemics in New England killed many Indians more than a century before the Pilgrims set foot on Plymouth Rock. Illustration: Indians lament death by disease. In the history of epidemics, the indigenous population suffered greatly.

In what is now Canada and Maine, contact with Europeans began at least in 1504 with the first documented French vessel on the Grand Banks. By 1519, more than 300 European ships made round trips to Newfoundland in the summer. All came to fish.

The European visitors brought with them diseases to which the Indians had no immunity, including smallpox, measles, tuberculosis, cholera and bubonic plague.

In 1586, a typhus epidemic devastated Maine’s Passamaquoddy Indians, among the first to make contact with Europeans.

In 1616, a terrible plaque swept the Massachusetts coast – perhaps smallpox, perhaps yellow fever, perhaps bubonic plague. It killed as many as 90 percent of the Massachusetts people and devastated the Pennacooks in New Hampshire and Massachusetts. It also felled the Agawam in Ipswich and the Naumkeag in Salem. And it cleared nearly all the Wampanoag along the coast from Plymouth to Boston.

Then a smallpox epidemic in 1633 killed many more Massachusetts and Narragansetts in Rhode Island.

And after the Pequot War, smallpox, diphtheria, flu and measles killed two-thirds of the Pequot-Mohegans in Connecticut.

On Oct. 18, 1713, Puritan minister Cotton Mather wrote in his diary that he feared a measles epidemic: “The Measles coming into the Town, it is likely to be a Time of Sickness.”

How right he was. Measles killed five of the 11 people in his household. His son Increase brought the measles home. Then his wife Elizabeth and two newborn twins died from it. So did his two-year-old daughter and a maid. His grief was almost unbearable.  “My poor family is now left without any infant in it, or any under seven years of age,” he wrote. “The dying of a child is like the tearing off of a limb,” he later preached.

By the 20th century, however, people stopped viewing measles as a life-threatening disease, though it killed 20 percent of children under two who got it.

A measles epidemic in 1904 swept through Connecticut. C.A. Lindsley, secretary of the state Board of Health complained that towns weren’t enforcing quarantines, at that time the only way to stop the disease from spreading.

Between 1900 and 1910, measles killed an average of 774 people a year in the United States. But the mortality rate declined slowly, and then in 1963 came the development of the measles vaccine.

There still is no cure. Judge Samuel Sewall went to five funerals in Boston in one day during the horrific smallpox epidemic of 1721. Called ‘the speckled monster, it had no cure. The only recourse was to flee from it. 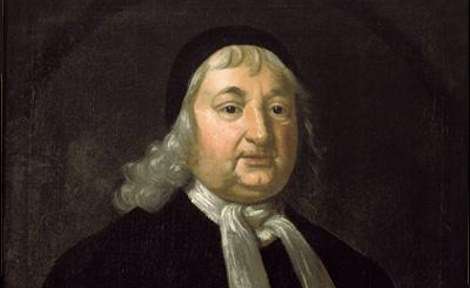 From 1620 to 1720, New England experienced 12 smallpox epidemics, along with some sporadic cases. During that time smallpox caused one in 10 deaths in Massachusetts—more than war, Indian raids or other illnesses.

In 1706, Cotton Mather’s congregation bought him a gift – a slave named Onesimus. Mather kept a close eye on him, thinking he had a tendency to steal. But he acknowledged that Onesimus was a pretty intelligent fellow. In 1716, Onesimus told Mather how he could prevent smallpox: by rubbing pus from an infected person into an open wound. That caused a mild, but more survivable, case of smallpox.

When the horrific smallpox epidemic of 1721 sickened half of Boston, Mather and Dr. Zabdiel Boylston inoculated 242 people. Of those, six, or one in 40, died. For the rest of the population, smallpox killed one in seven people who had the disease.

It was the first place anyone was inoculated this side of the Atlantic. An English doctor developed a vaccine in 1796. Massachusetts later became the first state to pass a compulsory vaccine law. And by 1932 Massachusetts achieved comparative immunity to the disease, reporting fewer incidences of smallpox per capita than any other state in the Union.

The Throat Distemper of 1735

In 1735, a young child in Kingston, N.H., came down with a cold and all of New England would get sick. The throat distemper of 1735 to 1740 was one of the greatest epidemics ever to terrify New England.

What modern physicians recognize as diphtheria first showed up in in the spring of 1735. The symptoms started out looking like a cold that produced a very sore throat.  But they then escalated to lost appetite and fever. The bacteria then attacked the throat, nose and lungs – poisoning the tissue and killing it off. The coating of dead tissue eventually interfered with breathing and killed the sufferer.

Travel patterns in New England made it relatively simple for epidemiologists to track the spread of the throat distemper. Ernest Caulfield described its path in his The A History of the Terrible Epidemic, Vulgarly Called the Throat DistemperDistemper of 1735-1740.

It spread from Kingston to Kittery, Maine, and Hampton Falls, N.H. From Kittery it spread north to Maine and from Hampton Falls south to Massachusetts

Gradually the disease progressed into Connecticut and sporadically to Western Massachusetts.

As Caulfield writes in his essay, The Pursuit of Pestilence, accounts of disease and epidemics in colonial New England amount to ‘a confusing array of dates.’

There was a severe outbreak of flu in 1647. Another influenza pandemic began in 1697, raced through the Americas and ended in 1698. We know about other flu epidemics in the 17th and 18th centuries, but we don’t know much. Victims of the 1918 flu epidemic. In the history of epidemics, this one was probably the worst.

Nicknamed the ‘Spanish flu,’ it came to New England with a couple of sailors on Boston’s Commonwealth Pier on Aug. 27, 1918. The next day, eight more people had it. On the third day, 58.

The close quarters and massive troop movement of World War I quickened the spread of the disease and helped it mutate. The Boston area was especially susceptible because of the soldiers and sailors moving through the city.

“To see these poor devils dropping like flies sort of gets on your nerves,” wrote one U.S. Army doctor at Fort Devens, a hellhole of death.

The flu came to Connecticut through New London. It spread to Vermont, New Hampshire, Maine and Rhode Island.

Doctors could do nothing to contain the disease. They desperately searched for a vaccine and treatments, but failed. They could just hope, and keep people away from each other.

On Oct. 2, Boston canceled its Liberty Bond parades and sporting events, closed churches, shut down school and put the stock market on half-day.

The flu epidemic finally ended in the summer of 1919 when people either died from it or developed an immunity. “The virus burned through available fuel,” wrote John Barry in The Great Influenza: The Epic Story of the Deadliest Plague in History. “Then it quickly faded away.”

7 Fun Facts About the Boston Irish