How the Londonderry Scots-Irish Saved New Hampshire from Massachusetts

The Londonderry Scots-Irish saved New Hampshire from a Massachusetts takeover by multiplying along the border and fighting the town across from it.

Massachusetts had taken over Maine in the 1650s, and by 1731 Royal Gov. Jonathan Belcher cast a greedy eye on New Hampshire as well.

But he worried that the aggressive Irish – they weren’t called ‘Scots-Irish’ until the 1830s – in Londonderry would thwart his takeover attempt.

As he hatched his plan, Belcher complained to an ally in New Hampshire, “I am afraid the Irish party wou’d oppose it.” Jonathan Belcher was born in 1682 into a wealthy Massachusetts family. His father, Andrew, built a trading empire, partly on the backs of slaves and with the help of pirates, according to some. His ambitious son Jonathan didn’t let scruples get in his way either. He owned slaves, bribed government officials and set up an illegal smelting operation in Simsbury (now East Granby), Conn.

Jonathan Belcher won an appointment as royal governor of New Hampshire and Massachusetts in 1730 by spreading his largesse among government ministers. As governor, he gave plum political jobs to his friends and took them away from his enemies. He also let his political friends harvest pine trees reserved for the king’s masts, which would prove his eventual undoing.

But Belcher couldn’t stop the fighting between the Londonderry Scots-Irish and the people of Haverhill, Mass., over their border.

Erasing the border would end the fighting, Belcher thought. He had other reasons for wanting to annex New Hampshire, as well. He needed to satisfy farmers in eastern Massachusetts who wanted more land for their children, and he wanted access to those tall white pine trees in central and northern New Hampshire. 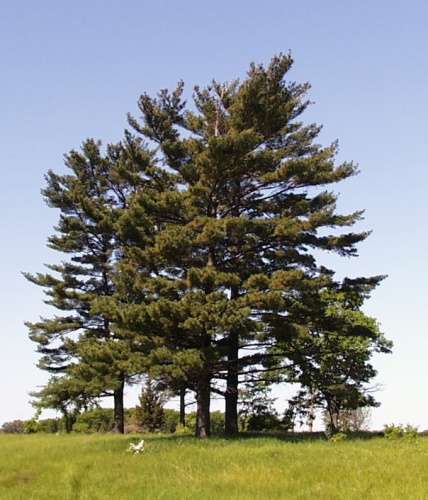 And he wanted to shut up his political enemies, who enjoyed his inability to stop the fighting over the border.

New Hampshire had actually belonged to Massachusetts until 1679, when London officials divided it into a separate province. But throughout the 17th century, New Hampshire remained thinly settled with only four real towns: Portsmouth, Dover, Exeter and Hampton.

Then the Scots-Irish arrived.

They were Presbyterian Scottish farmers who had settled in Ulster in the 1600s. They first arrived in Boston in four ships in 1717, but their fellow Protestants did not extend a warm welcome. The Scots-Irish timing, unfortunately, was off. They arrived during a food shortage, a smallpox epidemic, inflation and scarce housing.

The Massachusetts Puritans made it clear the Scots-Irish needed to move on.

And so a group led by James MacGregor settled a village in 1719 they called Nutfield, now Londonderry and Derry, N.H. There they planted the first potato in North America, established farms and fought with their neighbors to the south in Haverhill, Mass.

For a long time no one had paid much attention to the border between New Hampshire and Massachusetts because no one lived there.

Massachusetts, for its part, claimed Londonderry, arguing the colony’s northern boundary followed the Merrimack River all the way to Lake Winnipesaukee. To stake its claim, the Massachusetts General Court granted a township in what is now Concord, called Pennycook, and encouraged settlement there. Then it granted more townships from Concord on south.

Nonsense, argued the New Hampshire faction. The northern border of Massachusetts lay three miles north of the mouth of the Merrimack River, then extended westward all the way to the New York line.

The final decision on the border lay in England. Both New Hampshire and Massachusetts sent agents to London to argue their case. But in order to prevail, they had to demonstrate they could settle the territory and establish local governments that had actual authority. Both sides found that task difficult. Wentworth found an ally in David Dunbar, an Irish thorn in Jonathan Belcher’s side. Belcher, in fact, called him a ‘bullfrog from the Hibernian fens.’

The king had appointed David Dunbar Surveyor General of the King’s Woods. It was a big job, and Dunbar took it seriously. He aggressively enforced the timber laws, reserving the biggest white pines for the king’s masts.

John Wentworth came up with a plan: He invited David Dunbar to visit Londonderry. He told him that New Hampshire, unlike Massachusetts, made sure the king got the biggest pine trees. Wentworth’s plan worked, as Dunbar took up the cause of the Londonderry Scots-Irish.

He decided one way to get rid of David Dunbar was to annex New Hampshire. He had an ally in Richard Waldron, New Hampshire’s secretary of state. Waldron circulated a petition requesting that New Hampshire join Massachusetts. It backfired. Only 500 people signed it, and of those only 10 could actually vote. The rest were boys, servants and indigent people.  Belcher’s plan was dead.

Dunbar then managed to use Belcher’s tolerance of illegal logging against him. He and Belcher’s other enemies got the king to fire him as governor of New Hampshire and Massachusetts.

And from then on, the Londonderry Scots-Irish staked out New Hampshire’s southern border as their overflow populated the borderline.

When Scott and Zelda Fitzgerald Honeymooned (and Partied) in Westport, Conn.

How the Codfish Started the American Revolution

[…] here, or this story about how the Londonderry Scots-Irish saved New Hampshire from Massachusetts here.  This story was updated in […]