During the Great Depression, the U.S. government built 2.3 million outhouses in rural America. They earned several nicknames, including the Roosevelt Outhouse, the Roosevelt Room, the White House, the Relief Office or simply the Eleanor. Some people excused themselves by saying they had to visit Miss Perkins, meaning Frances Perkins, FDR’s secretary of Labor. 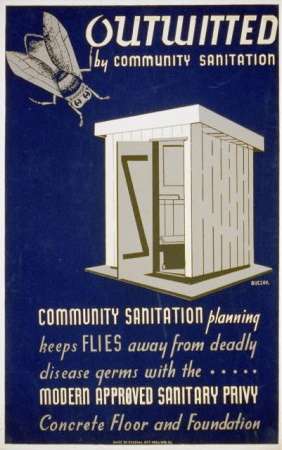 Educators and government officials from 1900 on tried to improve farm sanitation by promoting better privies. “Nothing is more important to the farmer than good health. Good health cannot be preserved if the sanitary conditions of the farm are bad,” wrote Agriculture Secretary James Wilson in 1911 in the introduction to the USDA Farmers Bulletin 463 – The Sanitary Privy. An image that appeared in a number of government publications.

Then in 1933, President Franklin Roosevelt ordered the Works Progress Administration to build 1 million sanitary privies. In the end, the WPA and other agencies more than doubled that number to 2,309,239. Today, people who own a Roosevelt Outhouse proudly describe their iconic outbuilding to local reporters or on real estate listings. But they’re mostly in the South and the Midwest. Which raises the question: Did anyone build a Roosevelt Outhouse in New England?

Evolution of the Roosevelt Outhouse

In 1909, the Rockefeller Foundation made public health a priority, and undertook a hookworm study from 1909 to 1915. It found that unsanitary privies caused hookworm infections, which led to diarrhea, stomach ache and anemia. The study concluded that outhouse pits had to be at least six feet deep to prevent hookworms from making contact with humans.

The U.S. Public Health Service began to work with state governments to distribute plans for sanitary privies during World War I and the 1920s. Then the country fell into the Great Depression, and few people could afford to build a new outhouse.

The Civil Works Administration formed in 1933 as part of Roosevelt’s New Deal, and began building sanitary outhouses. Property owners supplied the wood and other materials, while the CWA provided the labor. However, the agency discovered wooden floors were hard to clean and rotted quickly.

The Works Progress Administration picked up the privy project with an improved design. It had a concrete vault below ground, which served as the foundation for the structure. The pot had a square hole and a wooden seat with a lid that closed so tight flies couldn’t get in. The concrete vault also had a ventilation shaft with screens to keep out flies.

Families had a choice of a one-holer or a two-holer. The two-holer had a smaller seat for children who might otherwise fall in. A concrete outhouse base. Image courtesy Library of Congress. How To Build a Roosevelt Outhouse

It took three-man WPA teams 20 hours, or three days, to build one. The labor was again free, but a family had to pay for the materials if it could afford it. For $17, a farm family could buy the materials for an outhouse. Loading completed privy houses on truck for delivery to site in 1938. Courtesy Library of Congress.

You could get a one-seater or a two-seater—either with a smaller hole for children or for two at a time.

The sanitary toilet project was one of the few that built a structure on private property. The WPA justified the private improvements as necessary for public health. The Roosevelt Outhouses did reduce the incidence of hookworm.

Where To Find a Roosevelt Outhouse

Roosevelt Outhouses still stand in places throughout the county. Fitting vent stack and seat cover to sanitary base of privy. Courtesy Library of Congress.

A real estate listing for a 150-year-old farmhouse in Indianapolis boasts of charm, woodwork, soaring ceilings and “a Roosevelt Outhouse!”

New England certainly had its share of outhouses. The 1940 Census showed 29 percent of homes in Vermont and 25 percent in New Hampshire did not have flush toilets.

So where might one find a Roosevelt Outhouse in New England?

Probably in Albany, N.H., at the Blackberry Crossing Campground. According to the Living New Deal website,

Blackberry Crossing is unique in that it was a CCC (Civilian Conservation Corps) Camp during the 1930’s. There is a self-guided tour of the old camp within the campground. The campground has 26 sites that are available on a first come, first served basis. There are hand pumps for water and vault toilets. A short walk from the campground is the Albany Covered Bridge, The Nanamocomuck Ski Trail, and the Boulder Loop hiking trail.

“Vault toilet” is another name for a Roosevelt Outhouse.

In the search for a Roosevelt Outhouse, we came across several other historic privies. 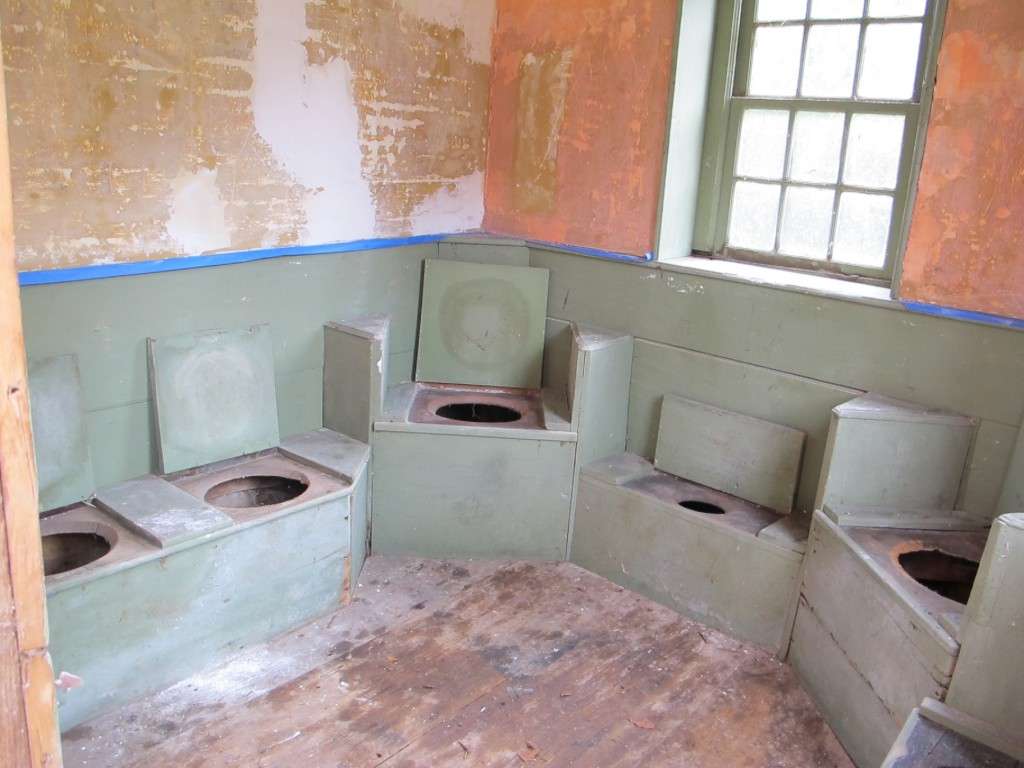 The outhouse behind the Silas Deane house. Photo courtesy the Webb-Deane-Stevens Museum.

Connecticut has several in Wethersfield at The Webb-Deane-Stevens Museum, which features a fancy six-holer outhouse where George Washington may have sat.

The 1938 New England Hurricane upended the outhouse at the Israel Putnam farm, and no one seems to have restored it. The National Register of Historic Places nomination form for the farm makes no mention of an outhouse. The Putnam Cottage (or Knapp Tavern) in Greenwich, however, does have a reproduction privy. Israel Putnam’s privy after the 1938 hurricane

In Boston, archaeologists dug up an outhouse that Paul Revere may have used.

Joseph Brant, Mohawk Leader, Goes to Dartmouth (Before It Was Dartmouth)