Home Arts and Leisure In Springfield, Leo Durocher Learned How Not To Be Nice In Springfield, Leo Durocher Learned How Not To Be Nice

Leo Durocher ranks 10th in career wins by a Major League baseball manager and fourth in ejections by umpires. 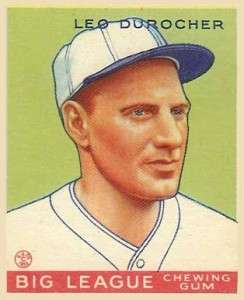 His brash outspokenness earned him the nickname ‘Leo the Lip.’ In the non-baseball world, he is most famous for saying, “Nice guys finish last.” He was a notorious bench jockey who ordered his pitchers to hit batters and fought with authority. As manager of the Brooklyn Dodgers he championed Jackie Robinson and threatened to trade anyone who didn’t want him on the team.

“Nice guys finish last” did not mean you couldn’t be a decent person and succeed, he later said.

Leo Durocher was born July 27, 1905 on a kitchen table on the third floor of a triple decker in West Springfield, Mass. Two days after he was born, his mother went back to work as a maid in a Springfield hotel.

His father was a railroad engineer who had a heart attack shortly after Leo was born.

Both his parents were French Catholic; so was the neighborhood. His parents and his three older brothers spoke nothing but French in the house while he was growing up. He entered public school without knowing a word of English.

He lived two blocks from Hall of Famer Rabbit Maranville, the Boston Braves shortstop who gave him a glove and tips on how to play the position.

He was a good all-around athlete in high school and was offered a scholarship to Holy Cross – but he hit a science teacher before he graduated. He was suspended and didn’t return to high school.

Instead, he went to work for local employers and played on the company teams. At 17 he tried out with the minor league  Hartford Senators and made the team.

In 1928 he was called up to play shortstop for the Yankees for two years (Babe Ruth called him ‘The All-American Out’). He played with the Cincinnati Reds, the St. Louis Cardinals and the Brooklyn Dodgers as player-manager. He also managed the New York Giants, the Chicago Cubs and the Houston Astros, ending his Major League career in 1973.

In his autobiography, Nice Guys Finish Last, he explained how the phrase, “Nice guys finish last’ came about while he was talking to a sportswriter. It wasn’t completely accurate, but it makes the point:

… the Giants, led by Mel Ott, began to come out of their dugout to take their warm-up. Without missing a beat, I said, “Take a look at that Number Four there. A nicer guy never drew breath than that man there.” I called off his players’ names as they came marching up the steps behind him, “Walker Cooper, Mize, Marshall, Kerr, Gordon, Thomson. Take a look at them. All nice guys. They’ll finish last. Nice guys. Finish last.” I said, “They lose a ball game, they go home, they have a nice dinner, they put their heads down on the pillow and go to sleep. …. Give me some scratching, diving, hungry ballplayers who come to kill you. Now, Stanky’s the nicest gentleman who ever drew breath, but when the bell rings you’re his mortal enemy. That’s the kind of a guy I want playing for me.

With thanks to Nice Guys Finish Last by Leo Durocher. The Leo Durocher Goudey baseball card is card by Goudey. Licensed  under public domain via Wikimedia Commons. This story was updated in 2022.

Rudy Vallee, A ‘Maine Yankee with a Streak of French Hedonism’

Is he the manager who married the actress Larraine Day?

Yes. He was married to Larraine Day.

[…] given us magnificent churches, Catholic hospitals and sports heroes like Springfield’s Leo Durocher and Woonsocket’s Nap LaJoie. They’ve produced writers like Annie Proulx, who comes from […]