On Dec. 13, 1774, Paul Revere rode to Portsmouth, N.H., to warn the redcoats were coming. It was a much less famous ride than the one he made four months later, but it did have consequences.

Hundreds of New Hampshire patriots would respond to Revere’s message by storming the colony’s only fort, William and Mary in New Castle. The conflict had elements of farce, since only six of the King’s men defended the fort. But the patriots crossed the bright line of treason when they took what belonged to the King. In December 1774, the Revolutionary War approached. Because King George feared an armed rebellion, in October  he issued a confidential Order in Council forbidding the export of arms and ammunition to the American colonies.

Secretary of State Lord Dartmouth followed up the order with a letter to all the royal governors. It ordered them to seal every port against the import of munitions that could aid a rebellion.

The American patriots feared the British would seize their gunpowder and munitions – again. On Sept. 1, 1774, British troops had removed gunpowder from the powder house in Charlestown, Mass. (now Powder House Square in Somerville).

As a result, the patriots moved arms inland from Newport, R.I., Providence and New London, Conn. Then a rumor spread in Boston that redcoats were on their way to seize powder from Fort William and Mary.

The stone fort stood at the mouth of the Piscataqua River guarding access to the Portsmouth harbor and to Kittery, Maine, then part of Massachusetts. The  six men who would try to hold the fort reported to the royal governor, John Wentworth. Paul Revere and his network of patriots caught wind of the new policy. They knew the lightly guarded fort in New Castle was vulnerable to attack. So Boston’s Committee of Correspondence told him to warn the people of New Hampshire about the British plans for Fort William and Mary.

Early on the morning of Dec. 13, Paul Revere rode the 66 miles to Portsmouth. Frozen slush filled the rutted roads and a stiff west wind pierced his clothing. As he neared Portsmouth, dusk turned to dark. He headed for Market Square looking for someone he knew. He recognized William Torrey, and asked him where he could find Samuel Cutts, a patriot merchant. Torrey found Cutts for Revere. Cutts quickly convened the town’s committee of correspondence so Revere could report the news: British troops were on their way to Fort William and Mary. The patriots sort of got it right. British naval vessels had headed from Boston, but to make sure no one brought guns and powder into the northern ports.

A Loyalist townsman — it isn’t clear who — told Wentworth of Revere’s arrival. Wentworth sent a rider to Boston to ask for help from Gov. Thomas Gage. Gage ordered a small vessel to sail to Portsmouth with a detachment of marines and a 20-gun frigate to follow. They arrived too late.

Early the next morning, a fife and drummer marched through the streets of Portsmouth summoning men to raid the fort. Four hundred men mustered by noon, and a fleet of small boats formed.

As a snowstorm began at 3 pm, some of the men paddled down the Piscataqua River while some marched overland.

The raiders approached the fort and demanded the six soldiers inside surrender. Capt. John Cochran told them ‘on their peril not to enter.’

The New Hampshire men then rushed the fort as Cochran and his five men tried to fend them off with cannon fire, shot and hand-to-hand fighting. Finally Cochran offered to surrender his sword, but the raiders let him keep it.

Then Alexander Scammell, a Harvard-trained lawyer from Durham, pulled down the British flag flying over the fort. Cochran drew his sword and the raiders pinioned his arms. Another soldier tried to stop them and a raider knocked him down with the butt of his pistol. The raiders confined Cochran and his soldiers.

The patriots then broke open the powder house. They took 100 barrels of gunpowder subsequently used in the Siege of Boston.

Couriers fanned out across the countryside spreading the news. John Giddinge, an Exeter doctor who participated in the raid, wrote to Josiah Bartlett, then serving on the committee of correspondence from Kingston.

Giddinge wrote that Exeter was ‘happily furnished’ with 72 barrels of gunpowder. He suggested storing some with the Sons of Liberty in Kingstown. Giddinge also thought it would be ‘necessary and pleasant’ if some of the Sons came to Exeter as well. Bartlett in turn wrote a letter to the citizens of Sandown, N.H. — one of the many that circulated after the raid.

Bartlett wrote that an express rider brought him a letter late the night before. It told him the British would try to seize the powder and that men from Exeter were ready to go to help Portsmouth. Kingstown citizens were also meeting to ‘consult upon the occasion,’ and Bartlett advised Sandown to do the same.

Bartlett’s letter arrived too late. At daybreak on Dec. 15, a thousand armed men from across New Hampshire and Maine began to appear in Portsmouth.

John Sullivan led them to the parade in front of the colonial State House, where Wentworth and the General Court were meeting in emergency session. The patriots stood outside and demanded to know whether Royal troops were on the way to protect the fort. Wentworth said they weren’t.

Sullivan and the men gathered at Jacob Tilton’s tavern, the Marquis of Rockingham, to await nightfall. Wentworth ordered another tavern keeper, James Stoodley, to round up 30 men to guard the fort.

Stoodley and a drummer walked the Portsmouth streets trying to enlist supporters. Unlike the patriots’ experience the day before, not one person volunteered. 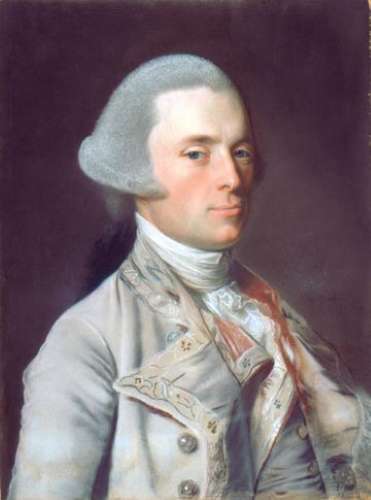 After dark, Sullivan led his men on a second assault of the fort. Without being fired upon they took the rest of the powder, muskets, bayonets, cartouche boxes and 16 cannon.

The patriots shipped the gunpowder to Durham by boat and then carted it inland so they could hide it. Some was stored in the homes of patriots. The militiamen released the prisoners and returned home unpunished. For the most part, they remained anonymous. Furious British authorities knew who provoked the people of New Hampshire. Wentworth wrote the trouble started when Paul Revere rode to Portsmouth with a dispatch.

Before then, wrote Wentworth, all was perfectly quiet and peaceable in the place.

The raid was deemed high treason. It was also the first — and last  — Revolutionary War battle in New Hampshire.

In New Hampshire Fort William and Mary, now Fort Constitution, is part of a state park on the National Register of Historic Places. The public may visit.

With thanks to On the Road North of Boston: New Hampshire Taverns and Turnpikes 1700-1900 by Donna-Belle Garvin and James L. Garvin and Paul Revere’s Ride by David Hackett Fischer. This story about the time Paul Revere rode to New Hampshire was updated in 2021. If you enjoyed it, you may also want to read about Isaac Bissell, Connecticut’s Paul Revere, here.

John Andrews Informs Philadelphia of the Trouble with Tea in 1773

We love our volunteer editors! Thank you for outpointing!

I’ve heard that some of the gunpowder was used 4 months later at Lexington. “The first overt act of the American Revolution”.

[…] columnist had campaigned for Boston to create a path following the footsteps of John Adams, Paul Revere and Sam Adams. Mayor John Hynes acquiesced, and the Freedom Trail was created in June of 1951. It […]

[…] were coming to Danbury, Conn., rather than Concord, Mass., and Sybil was half Revere’s age and rode twice as […]

[…] Cod to salvage what they could for the war effort. Sixteen cannons were entrusted to Lt. Col.  Paul Revere for fortification at Castle Island in […]

[…] In 1908, Helen Storrow agreed to fund the pottery – a beachhead for the Arts and Crafts movement in the United States. She bought a large townhouse on Hull Street and put a pottery and kiln in the basement. It was named after the North End’s most prominent resident, Paul Revere. […]

[…] was nearly a year after the first Boston Tea Party and one day before the New Hampshire militia raided Fort William and Mary in Portsmouth, taking 100 barrels of […]

[…] and the first African-American elected to public office in the United States. He also rode with Paul Revere to warn New Hampshire colonists that the redcoats were coming in late […]

[…] Paul Revere took a less-famous ride to Fort William and Mary five months before the shot heard ‘round the world. […]

[…] hospital, and it took care of poor people. It was founded by Boston’s civic leaders, including Paul Revere and Sam Adams. Oliver Wendell Holmes received his medical training there, as did other prominent […]

[…] had made the same ride a week and a half earlier. He made lots of rides, in fact. On Dec. 13, 1774, Revere rode all the way to Portsmouth, N.H., to warn the patriots that the King’s troops were on their way to seize gunpowder from Fort […]