The Presidential Primary That Put New Hampshire on the Map

The New Hampshire Presidential Primary might not rank as a crucial early testing ground today were it not for three things. First, Yankee frugality. Second, an inspired change to the ballot. And third, a foolish comment by President Harry Truman.

New Hampshire’s primary election was then, as now, the first in the nation. No one intended it that way. Town leaders simply saw no reason to heat town halls twice for Town Meeting, so they held the primary at Town Meeting time.

Primaries had been around since the turn of the century. Reformers had then tried to replace backroom wheeling and dealing with direct democracy. But not many people paid attention to them.

Upton drafted a bill to put the candidates’ names on the ballot instead of the unknown, uncommitted party representatives.

Gov. Sherman Adams expressed skepticism that it would make any difference, but he signed the bill into law anyway. That year, Ohio Sen. Bob Taft was considered the Republican front-runner and President Harry Truman the likely Democratic candidate. But Truman’s popularity had plummeted, and he didn’t announce whether he would run for re-election.

His campaign found an old fire truck in Hooksett, rigged it up with lights and ran it up and down the streets of Manchester. Kefauver walked behind it, shaking hands.

Reporters asked Truman at a news conference about Kefauver’s primary campaign. “All these primaries are just eyewash,” he replied.

“The primaries are indeed eyewash,” editorialized the Keene Sentinel. “They rest the bloodshot eyes of delegates who have been subjected to the pressures of machine politicians and allow them to see more clearly.”

Truman did decide to run in the primary that year. Despite a snowstorm, the energized voters came out to vote, doubling turnout over 1948. 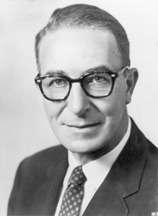 The two upsets made major national news, and the New Hampshire Presidential Primary was on the map.

Eight years later, Massachusetts Sen. John F. Kennedy understood the 1952 primary had ended one era of politics and begun another. He knew he had to win the state primaries. Otherwise, party bosses would shove him aside at the convention in Los Angeles.

Though  a favorite son, he campaigned in the Kefauver style. He stopped at  diners, tried out a dogsled and patted livestock.  New Hampshire voters then rewarded him with a record 42,969 votes on March 8, 1960.

Kennedy went to the White House. Truman went back to Missouri.

What a great day that was!!!

[…] Words don’t end in ‘r,’ but in ‘ah.’  ‘New Hampshire’ is actually pronounced N’Hampshah, and its capital is KON-k’d. Woe to the presidential wannabes who describe their joy at visiting Con-cord during the First in the Nation Presidential Primary. […]