Home Connecticut The Prohibition Era Begins in Litchfield, Conn. in 1789 The Prohibition Era Begins in Litchfield, Conn. in 1789

In 1789, Ephraim Kirby, Jebediah Strong, David Buel and more than 100 of their neighbors decided to swear off strong drink. They came together to form the beginnings of the Litchfield Temperance Association, a movement that would evolve into the Prohibition Era more than a century later.

The pact the men signed represented a radical departure in everyday thinking about alcohol that gained popularity after  the American Revolution. At that time, cider, beer and wine were liberally consumed and distilled spirits were dispensed to workers. Many stores commonly provided a free dram of an alcoholic drink to customers at any time of day. 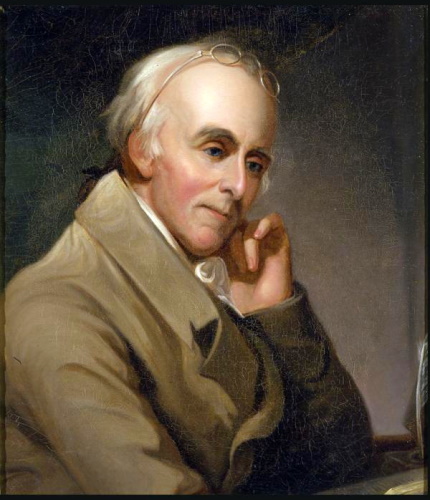 Birth of the Prohibition Era

As early as 1785, Pennsylvania’s Dr. Benjamin Rush challenged common assumptions about the health effects of alcohol. His temperance/intemperance thermometer ranked beverages in relation to their benefits and drawbacks. The likely outcomes to people who consumed each beverage accompanied the thermometer. Water, milk and small beer, he proposed, inspired serenity of mind, long life and a good reputation. Wine, porter and strong beer brought a person cheerfulness and nourishment when taken in small amounts at mealtime. People who restricted their drinking to these beverages were considered temperate, by Rush’s measures. From there Rush’s scale plunges into intemperance, ascribing outcomes to the various drinks. Punch: sickness, idleness, gaming and jail. From there matters got worse. The beverages increased in potency through toddys, cordials and straight gin, brandy and rum. Similarly, the consequences escalated from lying, swearing and racing horses to swindling, burglary and murder. Eventually they led to insanity, dropsy, epilepsy, hospitalization, life in prison and the gallows.

The men of Litchfield clearly accepted the wisdom of avoiding intemperance. The pact they signed read as follows:

So many are the avenues leading to human misery that it is impossible to guard them all. Such evils as are produced by our own folly and weakness are within our power to avoid. The immoderate use which the people of this State make of Distilled Spirits is undoubtedly an evil of this kind. It is obvious to every person of the smallest observation that from this pernicious practice follows a train of evils difficult to be enumerated.

Like Rush, they ascribed dire outcomes to strong drink.

The morals are corrupted, property is exhausted, and health destroyed. And it is most sincerely to be regretted that from a mistaken idea that distilled spirits are necessary to laboring men, to counteract the influence of heat and give relief from severe fatigue, that a most valuable class of citizens have been led to contract a habit of such dangerous tendency. Hence arises the inability to pay public taxes, to discharge private debts, and to support and educate families.

And then they took a pledge:

Seriously considering this subject, and the frowns of Divine Providence in denying many families in this part of the country the means of a comfortable subsistence the present year by failure of the principal crops of the earth, we think it peculiarly the duty of every good citizen to unite his efforts to reform a practice which leads so many to poverty, distress, and ruin. Whereupon we do hereby associate, and mutually agree, that hereafter we will carry on our business without the use of distilled spirits as an article of refreshment, either for ourselves or those whom we employ, and that instead thereof we will serve our workmen with wholesome food and common simple drinks of our own production.

The temperance men appended to the pact a statement signed by Jebediah Strong only:

By necessity and on principle, in consequence of little experiment and much observation, I have effectually adopted and adhered to the salutatory plan herein proposed during several months past, and am still resolved to persevere until convinced that any alteration will be productive of some greater good, whereof at present I have no apprehensions whilst human nature remains the same.

The signers of the pact included Litchfield’s most influential men. Ephraim Kirby, whose name appears first on the list, was a Revolutionary War veteran and political leader who became a confidante of Thomas Jefferson. Jefferson appointed him as tax collector for Connecticut and later a judge in the new territory of Mississippi. He was busy at work establishing the first court system in the territory that would become Alabama when yellow fever struck him down in 1804 at the age of just 47. 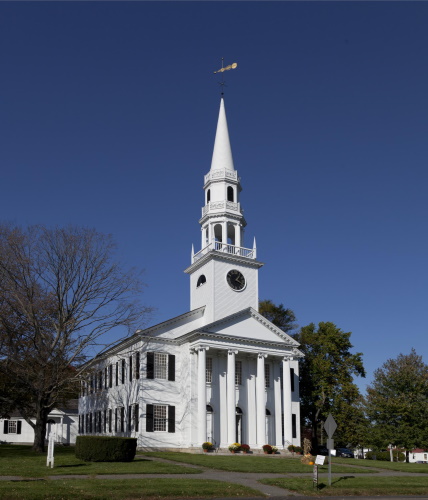 Litchfield took center stage in the temperance movement again in 1826 when Rev. Lyman Beecher delivered six sermons on intemperance. They were published in multiple translations and were popular for decades. Buel, meanwhile, moved to Troy, N.Y. , where he lived to 90. He never stopped spreading the temperance message.

For Jebediah Strong, however, the path of temperance proved too difficult. Strong, who had signed the addendum to the pact declaring he intended to abstain from spirits, resumed drinking.

Strong was a political leader, town official and lawyer. One uncharitable biographer labeled him a pettifogger, an unscrupulous and petty lawyer. An unpleasant, short, limping man, he held power by pretending to take all sides of an issue, depending on who he spoke to. He was especially unpleasant in his home. In 1790 he was arrested for beating his wife. Judge Tapping Reeve (who also signed the temperance pact), ordered Strong placed under bail of 1000 pounds and scheduled for trial. The Hartford Monitor reported: “Nothing could be more satisfactory than this sentence among his acquaintances in Litchfield and elsewhere, who have long known the infamy of his private character, while his hypocrisy and intrigues have been imposed upon the good people of the state at large.”

In the end, Strong’s wife, Susannah, divorced him. He died in 1802, a beggar and a drunkard.

Thanks to: Sketches and Chronicles of the Town of Litchfield, by Payne Kenyon Kilbourne. This story was updated in 2022.

Louis B. Mayer Goes to Hollywood — By Way of a Run-Down Burlesque Theater in Haverhill, Mass.