Home Massachusetts The Ipswich Fright: Terror Strikes a Town Even When the British Aren’t Coming In the days after the Battles of Lexington and Concord, a general panic seized the population around Boston. Would the British regulars march to other towns, murdering their inhabitants and burning their homes? Nowhere was the fear greater than on the North Shore, where a fast-spreading rumor caused the Ipswich Fright.

Hundreds of frightened Ipswich citizens fled their homes, filling the roads with carts carrying what household goods they could grab. Their panic spread to the nearby towns of Newbury, Newburyport, Beverly, Salisbury and even Haverhill, Mass., 20 miles to the west. 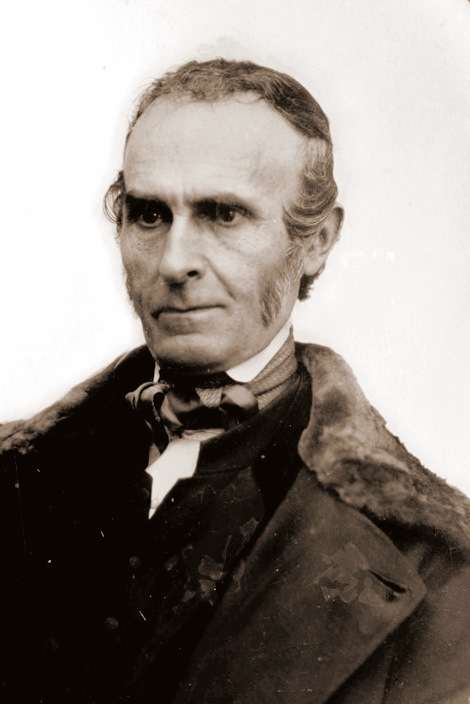 The rather ignominious show of fear might have been forgotten, save for John Greenleaf Whittier. He immortalized the Ipswich Fright in 1866 with a story about it in his Prose Miscellanies.

Whittier described the Great Ipswich Fright as “the way in which the woof of comedy interweaves with the warp of tragedy.”

Ipswich, in the days of revolution, was a steady, conservative town solidly behind the patriot cause, wrote Whittier. Midway between Salem and the ancient town of Newburyport,

…the traveller on the Eastern Railroad sees on the right, between him and the sea, a tall church-spire, rising above a semicircle of brown roofs and venerable elms; to which a long scalloping range of hills, sweeping off to the seaside, forms a green background. The John Whipple House in Ipswich

On April 22, the able-bodied men and boys of Ipswich had marched off to Cambridge after the Battles of Lexington and Concord three days earlier.

Rumors flew that the soldiers would come out again, and they would burn, kill and destroy everything that came in their way. Coastal towns had special concern that the British would attack from the sea.

So on that morning, old men, women and children rushed to the village green to hear the news.

“A rumor, which no one attempted to trace or authenticate, spread from lip to lip that the British regulars had landed on the coast and were marching upon the town,” wrote Whittier. “A scene of indescribable terror and confusion followed.”

Thomas Franklin Waters reported that someone had seen two small vessels standing in the Ipswich River. “We may be sure there was fright with good reasons at the farms on Castle Hill and Castle Neck,” wrote Waters in Ipswich in the Massachusetts Bay Colony in 1917. Diarist John Tudor described the scene that followed. “[M]en and horses driving past, up and down the roads…People were in great perplexity; women in distress for their husbands and friends who had marched. …All confusion, numbers of carts, etc., carrying off goods, etc.

The rumor quickly spread to Beverly that the enemy had massacred every man, woman and child in Ipswich. The scene repeated itself.

At mid-afternoon in Newburyport, the town had assembled to hear the details of the Battles of Lexington and Concord., according to a later account in the Newburyport Herald. Parson Carey was opening the meeting with a prayer when a rider named Ebenezer Todd rushed up.  “Turn out, turn out, for God’s sake,” he cried, “or you will be all killed! The regulars are marching on us; they are at Ipswich now, cutting and slashing all before them!”

The people of Newbury ran to Salisbury, while the people of Rowley ran to Newbury. The people of Haverhill fled in boats across the Merrimack River to Bradford.

Many spent the night in empty houses in Salisbury. The houses were empty because their inhabitants had fled farther north into New Hampshire.

During the Ipswich Panic, one woman threw her silver down her well. A man hid his private documents under a stone and stood guard in his home with a musket.

Another man put his family into a boat to find safety on Ram Island. Through the evening dusk he imagined the enemy pursued him. An infant started crying in the stern of the boat.

“Do throw that squalling brat overboard,” he said to his wife. “Or we shall all be discovered and killed.”

A woman ran four or five miles up the river. She stopped to take a breath and nurse her child, when she found to her great horror that she had brought the cat instead of the baby.

In another instance, a Mr. J. L. seeing Mr. C. H., a very corpulent man, standing at his door with his musket loaded, inquired of him if he was not going. “Going! No.” said he, “I am going to stop and shoot the devils.”

Not until the next morning did most of the refugees learn the truth. Some, however, found out earlier. According to Whittier, a young man from Exeter, N.H., happened to be staying in Ipswich.

[H]e mounted his horse and followed after the retreating multitude, undeceiving all whom he overtook. Late at night he reached Newburyport, greatly to the relief of its sleepless inhabitants, and hurried across the river, proclaiming as he rode the welcome tidings. The sun rose upon haggard and jaded fugitives, worn with excitement and fatigue, slowly returning home ward, their satisfaction at the absence of danger somewhat moderated by an unpleasant conscious ness of the ludicrous scenes of their premature night flitting.