The New London Race Riots of 1919 Follow a Pandemic

The New London race riots broke out in 1919, a season of violence throughout the United States known as the Red Summer. White mobs killed somewhere between 180 and 300 black people during riots in just three places: Elaine, Ark., Washington, D.C., and Chicago. Elsewhere during the Red Summer, whites killed blacks by stoning, hanging and burning them alive.

Reasons given for the outbreak of violence vary. Historian Jan Voogd argues for two. One, the Great Northern Migration of poor black people to better-paying jobs in the defense industry. Northerners got competition from black workers and Southerners lost cheap labor on their plantations. Two, World War I. Black soldiers and sailors not only had weapons, but they received better treatment in France than they did in the United States. They came home emboldened, and they fought back against their white persecutors. President Woodrow Wilson expressed his concern that black veterans would demand equal rights when he said “the American Negro returning from abroad would be our greatest medium in conveying Bolshevism to America.”

A Pandemic and Anarchy

Somehow, summer race riots and pandemics seem to go together. In 1919, the flu pandemic wound down, after wiping out as much as 20 percent of the young adult population.

Geoff Ward, a professor of African and African American studies at Washington University, explained how a pandemic inspires rioting: “These are moments of extreme precariousness, where people are suddenly uncertain about their fate, economic prospects and the social order,” he said.

White men looking for African Americans during the Chicago race riot of 1919.

Other factors led to the season of violence in New England. Two anarchist bombs went off in Boston on May Day, and in September the Boston Police went on strike. Immigrants from Europe and African Americans took the blame for the labor strikes and anarchist bombings that added to the turmoil.

Not every race riot that erupted in the summer of 1919 appeared in a newspaper. But Voogd believes at least 50 took place. One happened in Maine. The New London race riots numbered at least two.

An Attack in Orono, Maine

The Ku Klux Klan had all but disappeared in Maine in 1919, but within five years it would rise again. An ugly incident during the Red Summer foreshadowed the KKK’s regeneration. A Continental Press story reported on May 22, 1919, that a hazing party at the University of Maine turned into an angry mob. Roger and Samuel Cortney, the “only students of dark skin” attending the university, fought back against white intimidation.

It started when three freshmen tried to break into their room in Hamlin Hall while a student mob waited outside. The brothers knocked the freshmen unconscious. When the three young men didn’t return, the mob went to the Cortneys’ room, where they found them unconscious. The Cortney brothers had escaped.

The student mob divided into three groups to search for them, according to the paper. Some went off campus in Orono, some went to Oldtown, a Penobscot reservation. They found the Cortney brothers at Oldtown. The white students then brought them back to campus and formed a ring around them. First they made them explain why they attacked the freshmen. Then the mob forced the brothers to pour two jugs of molasses on each other and threw feathers on them, according to the news report. The Cortneys, it said, had been “exceedingly popular” among the students up until then.

New London, Conn., has always had a large military presence, and it led to trouble in 1919. Fort Trumbull, which dates to the American Revolution, hosted a Coast Guard installation. The U.S. Navy had a submarine base on the Thames River, with offices and housing in New London. The Groton shipyard lay just across the river and military fortifications dotted Long Island Sound. Black and white sailors, home from World War I, mixed uneasily on the streets of New London. African-American servicemen had experienced a much different treatment in France than they had in the United States. They could move freely throughout French society, wrote Voogd. They could go to any business and associate with anyone they wanted, including white women.

African-American scholar W.E.B. Du Bois wrote that, when the black servicemen returned, the reaction of white people in 1919 was ‘almost unbelievable.’

“During that year 77 Negroes were lynched, of whom one was a woman and eleven were soldiers; of these, fourteen were publicly burned, eleven of them being burned alive…That year there were race riots large and small in 26 American cities.”

Du Bois probably counted only half the number of incidents and missed the New London race riots.

According to a local newspaper report, bad blood had existed between black and white seamen for some time. The story, typically, blames the African Americans for the trouble. Ward has argued the news media’s complicity in blaming the victim prolonged the summer of violence. On May 29, the headline screamed, “Negro Sailors Attack White at New London. Worst Riot in Years–U.S. Marines, with Loaded Rifles, Press Crowd Back.”

“Between 15 and 20 sailors and soldiers connected with the New London naval base were arrested by local police,” the newspaper reported. Police called it the ‘worst riot in years. ‘ A number of white sailors pursued them through Bank Street, and they took refuge in the Hotel Bristol. The riot call sounded on the fire department whistle. Five thousand civilians “watched” the melee, and the marines came to quell the riot.

But other versions of the story found in the Visualizing the Red Summer archive tell a more sordid tale.

Twelve days after the riot, the Associated Negro Press reported black sailors complained white sailors attacked them. The white seamen charged the black sailors lay in wait for them at night when they walked over Long Cove Bridge. Then, police arrested two white sailors for fighting. That arrest inspired their white friends to raid the Hotel Bristol, a popular spot for African-American sailors. The whites grabbed the blacks, threw them into the street and beat them severely. 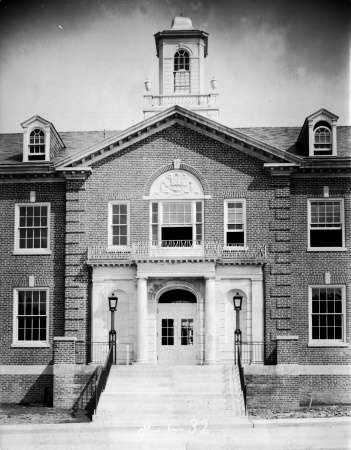 Sailors on both sides, as many as 5,000, then showed up on Bank Street and fought for several hours. The police and fire departments armed with hoses couldn’t stop the melee, so armed marines rushed to the scene. In the end they arrested 15 people, though the news reports don’t identify them by skin color.

According to another news story, “much property was damaged and dozens of negroes were mobbed and severely beaten.”

But Voogd said another New London race riot went largely unreported. That suggests even more violence occurred in New London, though the military suppressed the information.

A Navy memo revealed that marine guards from the base answered another riot call on June 29. A truck full of marines sped down Smith Street and hit a fire hydrant. The city billed the Navy for the fire hydrant, and the disagreement over that supplied the only paper trail of the incident.

Meanwhile in Hartford on August 4, “colored clergy yesterday deplored the race riots in Washington and Chicago,” while Hartford police assured the public “there was no likelihood of a dispute between white and colored residents here.” News of a disturbance in Windsor reached police, who dismissed it as ‘phoney.’

With thanks to Race Riots and Resistance: The Red Summer of 1919  by Jan Voogd and Visualizing the Red Summer archive by Karen Sieber.

The Fuller Brush Man Gets His Foot in the Door