Wentworth Cheswell, the Black Man Who Rode With Revere

In the middle of December 1774, messengers on horseback carried news to the people of New Hampshire’s seacoast. Two British warships were headed to New Castle to reinforce Fort William and Mary. The messengers, or dispatch riders, helped organize the resistance. One messenger was Paul Revere. And one was Wentworth Cheswell.

Revere made quite a few rides before war broke out, and so did dozens of dispatch riders before and during the American Revolution. As part of the secret patriot network, the riders shared intelligence about the enemy and communications between the colonial provisional governments.

Wentworth Cheswell took a number of rides like Revere. He volunteered to serve in the military and fought at Saratoga.  He is also considered New Hampshire’s first archaeologist — and the first African-American elected to public office in the United States.

He was born on April 11, 1746, to a biracial father, Hopestill Cheswell (sometimes spelled Cheswill), and Katherine Keniston,  who was white. Hopestill was the son of a white woman and an enslaved black man, Richard Cheswell. Under the laws of the day, Hopestill’s status followed his mother, making him free.

Eventually Hopestill’s father bought his freedom. and in 1717 purchased 20 acres of land in Newmarket, N.H. Richard’s land purchase is considered the first by an African-American in New Hampshire. 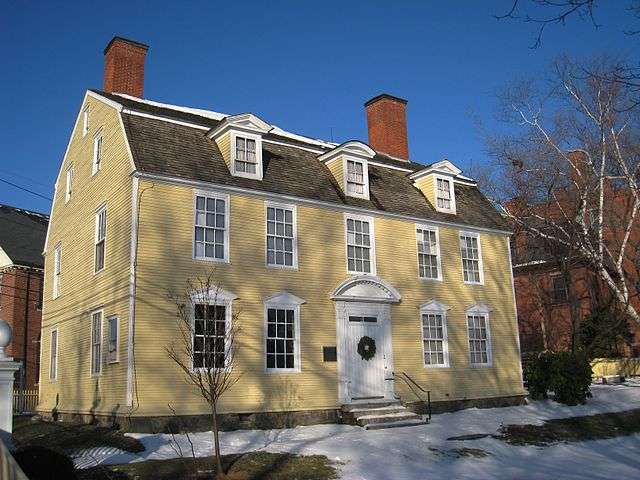 Hopestill, a housewright and carpenter, built the John Paul Jones House in Portsmouth, N.H., as well as the Samuel Langdon House (now in Sturbridge Village). He also built the Bell Tavern (since burned in the Portsmouth fire of 1867).

Hopestill earned enough money to send Wentworth to Governor Dummer Academy in Byfield, Mass. Wentworth took advantage of his unusual educational privilege and worked as a schoolmaster in Newmarket. By the time he reached 21 he owned more than 30 acres and a pew in the meetinghouse.

At 21 he married 17-year-old Mary Davis of Durham, N.H. They then had 13 children. Their descendants identified as white, and the census listed Cheswell as white. Records of comments by his contemporaries suggest they viewed him as biracial.

In 1768, 22-year-old Wentworth Cheswell won election as town constable. George Mason University determined that made him the first African-American elected to public office. Cheswell beat out Vermont’s Alexander Twilight for the honor. For all but one year of his life, Cheswell held public office including town selectman, assessor, scrivener, justice of the peace and auditor. The Midnight Ride of Paul Revere by Grant Wood

His civic involvement included founding the Newmarket Social Library with several other men and bequeathing his books to it.

He also won election as town messenger for the Committee of Safety, which meant he had to carry news to and from the patriot Committee of Correspondence in Exeter.

For several years, New England colonists had risen up in sporadic violence to protest Parliament’s taxation and restrictions. Boston had its Tea Party, Providence its Gaspee Affair and New Hampshire its Pine Tree Riot — to name a few. In the fall of 1774, the British government grew concerned about the rebellion then developing. And so it secretly banned the export of munitions to the American colonies. Redcoats also seized gunpowder in Charlestown, Mass., in September.

Boston’s patriot leadership knew that only a few soldiers guarded Fort William and Mary. They believed British troops and ships would sail to New Hampshire to secure the fort. And they thought the gunpowder and weapons at the fort would serve a more useful purpose in patriot hands.

On Dec. 13, 1774, Paul Revere rode the 66 miles to Portsmouth with a letter from Boston’s Committee of Correspondence to its counterparts in Portsmouth and Exeter. The letter advised them to seize the weapons and gunpowder at the fort before the British warships arrived.

Portsmouth mustered volunteers for an assault the next day on the British soldiers who guarded the fort. The men of Newmarket, a strongly patriotic town, wanted to take part in the attack as well. But where and how?

Wentworth Cheswell then rode to Exeter to find out from the Committee of Correspondence where the Newmarket volunteers should go. The next day, 400 New Hampshire men marched on the fort and forced it to surrender. They took 100 barrels of gunpowder, light cannon and small arms.

The ships never arrived, but the patriots used the gunpowder and weapons in the Siege of Boston.

Some people claim Cheswell rode north from Boston on April 18, 1775, alerting the countryside to the British attack even as Revere did the same riding west.  Local historian Rich Alperin, however, said there’s no evidence Cheswell ever made that ride.

Cheswell did enlist in Col. John Langdon’s Company of Light Horse Volunteers and fought at the Battle of Saratoga. When he finished his military service he returned to Newmarket, where he ran a store next to his schoolhouse. As a prosperous, well-educated citizen, he continued his leadership of the town.

When he realized that Newmarket’s town records might disappear, he copied them all by hand in a journal. The Newmarket Historical Society now holds them.

The Massachusetts Historical Society holds another document written by Cheswell — a letter sent to the Rev.  Jeremy Belknap. The letter contains descriptions of artifacts left by indigenous people that Cheswell recovered around Newmarket. Belknap included the information in his history of New Hampshire, and Cheswell earned the distinction as New Hampshire’s first archaeologist. Wentworth Cheswell died at age 70 of typhus on March 8, 1817. He and his descendants were buried on his farm.

Three years later, Wentworth Cheswell’s name surfaced on the floor of the U.S. Senate. Sen. David Morril of New Hampshire rose to speak against the Missouri Compromise, which forbade biracial people from obtaining citizenship in Missouri.

“In New Hampshire there was a man by the name of Cheswell, who, with his family, were respectable in point of abilities, property and character,” Morril said. “He held some of the first offices in the town in which he resided, was appointed justice of the peace for the county, and was perfectly competent to perform with ability all the duties of his various offices in the most prompt, accurate and acceptable manner. But this family are forbidden to enter and live in Missouri.”

This story about Wentworth Cheswell was updated in 2022.

Edward Hammond Clarke and the Chance for Girls

Great post. I will be researching even more about the brotha!

[…] was a vigorous proponent of war. He participated in the 1774 raid on Fort William and Mary, drumming up a band of more than a hundred men to rush the fort and overpower the small contingent […]

…this information should be provided to all schools in the country

Much of this post is inaccurate! Many typographical errors here! Please refer to the Wentworth Cheswell Wikipedia page which I personally assembled! I restored his family graveyard in Newmarket, NH, where I still reside and lobbied the state for a highway historical marker at the graveyard! The main bragging point her was that he rode with Paul Revere on the famous midnight ride! There simply is no proof of this claim(although I wish there were)! I do believe however I have uncovered the literary writings which have contributed to this incorrect belief! Unless someone has added to or changed the Wikipedia page in any way I have proof of all claims to my statements of fact! If you would like this proof please feel free to contact me at the phone number I’ve left on the Wikipedia page.