Attitudes toward a centralized police force were very different in the 19th century than they are now. Americans generally preferred a vigilant citizenry rather than a standing army to control disorder and crime. They distrusted powerful central authorities, especially in rural areas.

And in Massachusetts, they didn’t like the state police seizing their booze. 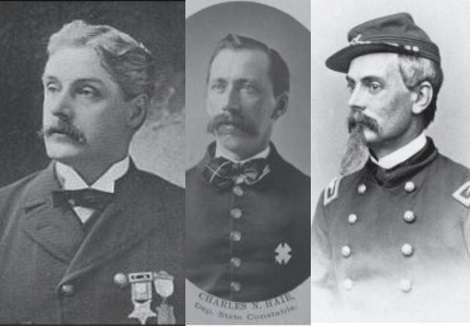 On May 16, 1865, Gov. John Andrew signed a bill into law creating the Massachusetts State Constabulary. By then the temperance movement had taken hold in Massachusetts, but people brazenly flouted the laws governing alcohol. And so that first state police force had as its mission the enforcement of the alcohol laws, as well as suppressing gambling and houses of prostitution.

Up until then, cities and towns left crime control up to local constabularies and police. The state had little to do with the local police and the local courts.

But local constables tended to be part-time, unsalaried officials who served for a year. They didn’t get paid much, but did get rewarded for making arrests, serving warrants and producing witnesses. Constables often had to collect taxes, which made the officeholder unpopular and the office undesirable. As a result, inexperienced men who wanted to avoid trouble got the job, but they tended not to keep it for long.

Private crime-fighting associations filled the gaps left open by the amateur constables. Property owners formed such associations to prevent theft and pursue horse thieves.  Banks formed them to go after counterfeiters and temperance organizations formed them to rampage against rum.

During the 19th century, New England had at least 72 protective societies — like the Worcester Association for the Protection of Fruit or the Pownal Association to Counteract and Detect Horse Thieves and Robbers — in more than 100 towns. The Worcester society for the mutual aid against thieves at work.

But times were changing. In 1855, Massachusetts passed a version of Maine’s dry law, which banned alcohol — except for medicinal, mechanical or manufacturing purposes. It was honored more in the breach than in the observance.

So shortly after the Civil War, Massachusetts established the state constabulary to crack down on purveyors of alcohol. Andrew appointed Gen. William Sterling King, shot 21 times at the Battle of Antietam, to head the first state police force in the United States.

Over the next 10 years, about 360 state police constables served an average of 2-1/2 years. Most had fought in the Civil War. They came from all walks of life and from all over the globe.

The state constabulary got off to a fairly good start. They had to protect attendees at the Methodists’ annual meeting in Wesleyan Grove on the Martha’s Vineyard Camp Ground in August 1865. Five constables received the assignment and won praise for their performance. 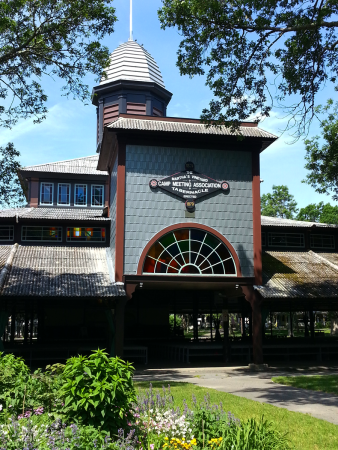 But they also began to shut grog shops, saloons and rum mills. During the first six months of their existence, they won convictions for 1,404 liquor sellers. Many more liquor dealers agreed to cease operations, but they anticipated (correctly) the Legislature would repeal prohibition.

They also started to seize large quantities of alcohol. In December, 1869, for example, Deputy Constable Amasa H. Tolman was involved in the seizure of 80 gallons of ale and three-and-a-half gallons of spirits in Boston.

They didn’t win many friends, though, for grabbing people’s booze.

Someone shot at Constable William McKay from a wooded area in North Adams because he seized so much liquor. McKay once confiscated 60 barrels of beer and stored them in his barn, butthen  someone tried to blow up the building with nitroglycerin.

Adding to the unpopularity of the state police was the shooting death of a brick-thrower in Westfield, Mass., in 1867. The constables had raided a gambling den, which started a riot, and a constable shot a rioter about to throw a brick at him. When the rioter died, the sheriff arrested the constable, but he was not prosecuted.

In 1870, the Legislature cut the state police budget, and 72 constables were suspended from duty. Many of the laid-off constables agreed to work for half pay.

For the first decade of its existence, in fact, the Massachusetts General Court repeatedly tried and failed to abolish the state police. It wasn’t just the controversy over liquor seizures and prosecutions, though. People did not want a police force controlled by a powerful centralized government.

On May 18, 1874, the Boston Post wrote an editorial against the state police.

The whole system of a State Police is extraneous to the spirit of true local sovereignty. That a power from without should be imposed upon the people … is fatal to the soundness of the theory from which such a police force draws its life.

Ten years after the state police force began, the Legislature abolished it. They replaced the booze-busting constables with a small detective force and charged it with quelling riots and helping prosecutors find evidence. Then in 1879 lawmakers abolished the detectives and replaced them with ‘district police.’ Two men in each district had only limited duties.

It wasn’t until 1921 that the Massachusetts state police force began to take its current shape. That year, the Legislature enlarged the agency to 50 officers stationed in barracks across the state. Their job: to enforce the law in rural areas that didn’t have adequate police forces.

With thanks to State Police in the United States: A Socio-historical Analysis by H. Kenneth Bechtel; Stop, Thief! Private Protective Societies in Nineteenth-Century New England, by Ann-Marie Szymanski in The New England Quarterly; and The First To Serve by  Ronald J. Guilmette. Images: Wesleyan Grove By LisaHendricks – Own work, CC BY-SA 3.0, https://commons.wikimedia.org/w/index.php?curid=2847459.7. This story was updated in 2022.

James Somerset, the Boston Runaway Who Ended Slavery in England

The Irish-American Army That Attacked Canada from a Vermont Farm