Home Massachusetts April 5 – The Day the Mayflower Sailed for England 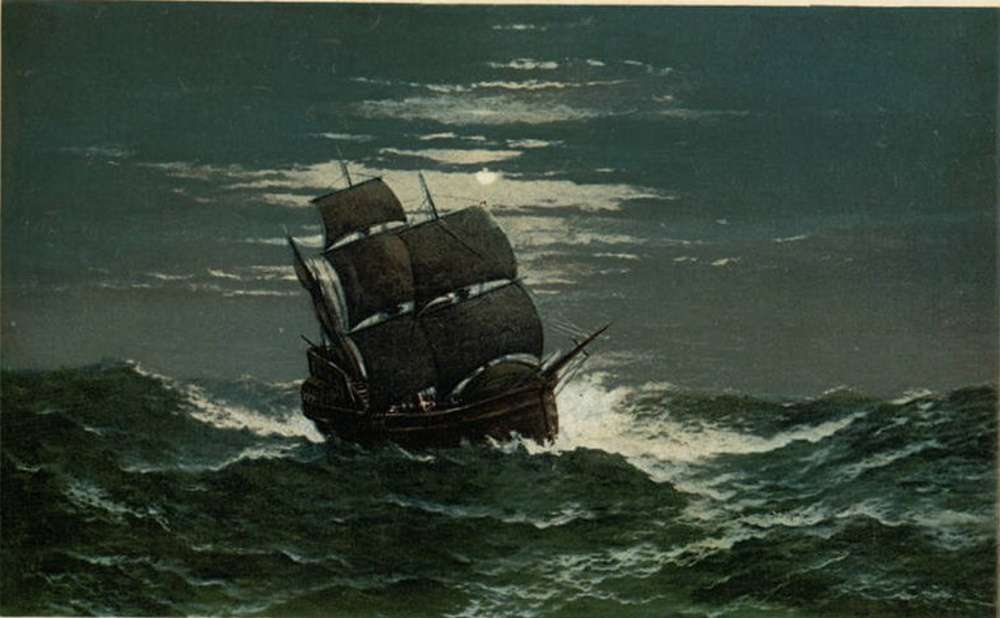 April 5 – The Day the Mayflower Sailed for England

Before the Mayflower sailed for England she was at the disposal of the Pilgrims for 265 days. First in crossing the ocean and then as a shelter and resting place during the earliest days in Plymouth. She wasn’t especially comfortable, but was undoubtedly a comforting site, anchored in Plymouth Harbor for 110 days as the settlers did their best to establish a toe-hold in New England.

So April 5, 1621, was undoubtedly an emotional day as Capt. Christopher Jones and the remainder of the crew set sail. Roughly half the crew of 50 or so men had died during the trip. Several days earlier, historians postulate Jones made an offer of passage for any of the colonists who wanted to return. None took him up on the offer despite the difficulties they faced.

The Mayflower Sails for England

As the departure date approached, colonists gave the crew letters and other keepsakes both personal and of a business nature to return to England.

The ship’s log, as imagined by Azel Ames in his book The Mayflower and Her Log, for its last two days in America might have read as follows:

April 4: Still at anchor in Plymouth Harbor. Sails loosened and all ready for departure except the governor’s letters. Last visits of shore people to the ship. Sail with the morning tide, if the wind serves. One hundred and ten days in this harbor.

April 5: Got anchors, and with fair wind got under way at full tide. Many to bid adieu. Set colors and gave planters a parting salute with the ensign and ordinance. Cleared the harbor without hindrance, and laid general course E.S.E. for England with a fine wind. Took departure from Cape Cod early in the day, shook off the land and got ship to rights before night. All sails set and the ship logging her best.

Thirty-one days later the Mayflower arrived in England after an uneventful voyage.

The sail would be the last major trip for the vessel. Jones, part owner of the boat, would take it on at least one more trip to France, but the voyage to New England had battered his health. In March of 1622, he died, less than a year after returning to England.

After that, the Mayflower apparently moored in the Thames River. In 1624, an appraisal of the vessel for its owners set its value at £128. The last official record of the vessel described it as in ruins. It was most likely scrapped shortly after that. Tradition holds that some of the timber from the ship was used to build a barn in Jordans, England.

Though the authenticity of the claims for the barn is in doubt, it remains a tourist attraction, especially popular with Americans.

[…] the Pilgrims came to America on the Mayflower, they brought with them two dogs described as a spaniel and a mastiff. Though their names are […]

[…] At the outset of the French and Indian War, Maj. Gen. John Winslow built Fort Halifax where the Sebasticook River flowed into the Kennebec. Winslow was the great-grandson of Edward Winslow, who came to Plimoth Plantation on the Mayflower. […]

[…] Mayflower was destined to land not so far north as Massachusetts, but storms forced it up the coast. It took […]

[…] a 5-year-old girl aboard the Mayflower was named Remember. There was a Constance, […]