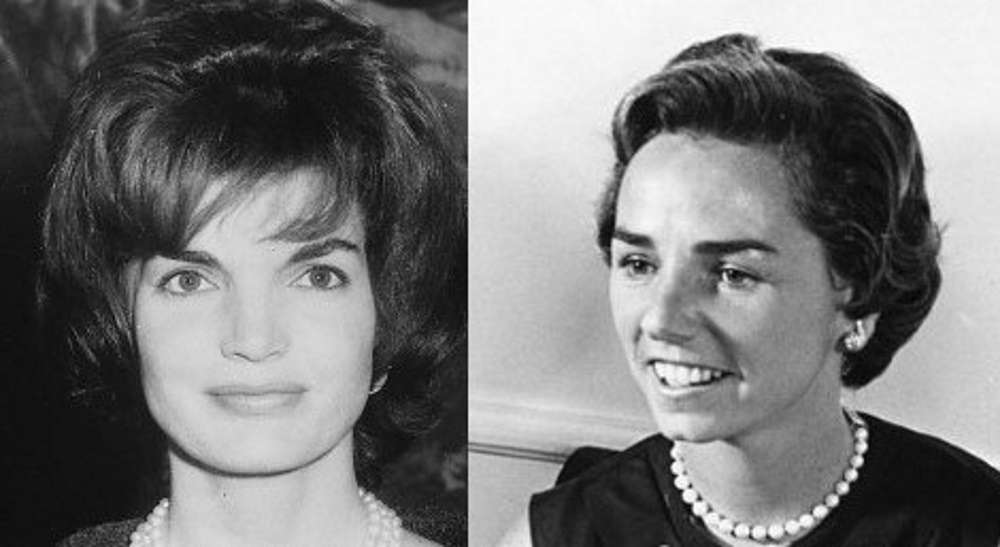 Ethel Kennedy loved to be the center of attention, but she couldn’t compete with her sister-in-law, Jacqueline Bouvier Kennedy. 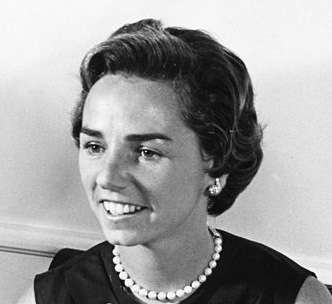 Ethel was outdoorsy and fun, devoted to her husband Robert F. Kennedy and eventually mother to 11 rambunctious children.

Jackie was something else, and their relationship was sometimes strained. Ethel called Jackie ‘the Debutante.’ Jackie called Ethel ‘a baby-making machine – wind her up and she gets pregnant.’

She was born April 11, 1928, in Chicago, the sixth of seven children of George and Anne Skakel. Her father was a self-made millionaire, her mother came from a poor South Side Irish Catholic family.

The Skakels moved east when Ethel turned five in 1933, finally settling in a 31-room mansion in Greenwich, Conn., in 1936. The rowdy Irish brood never quite fit in with the WASPy snobs of Greenwich.

Ethel shared her mother’s devotion to Catholicism. An indifferent student, she excelled at sports. She attended Manhattanville College of the Sacred Heart, where she became friends with Jean Kennedy, the second-youngest of Joseph and Rose Kennedy’s nine children. Ethel Skakel met Bobby Kennedy on a ski weekend with Jean, and they married in June 1950. As they approached their third wedding anniversary, Bobby, a newly minted lawyer, worked for the federal government in Washington, D.C. Bobby’s older brother, John F. Kennedy, had just won election to the U.S. Senate from Massachusetts.

Ethel Kennedy had already given birth to two children, but that didn’t stop her from throwing parties. She would later be known for wild affairs in which guests in evening clothes were thrown into the swimming pool.

Ethel Kennedy decided to hold a St. Patrick’s Day party in 1953 and invited Bobby’s older brother. Jack Kennedy asked if he could bring his new girlfriend, Jacqueline Bouvier. Ethel called Jackie and told her the same thing she told all her guests: Wear black.

Most of the guests drove or took a cab to the party, and they all dutifully wore black. Jack Kennedy arrived on crutches. Jackie showed up last — in a chauffeur-driven Rolls-Royce. Underneath her black fur she wore a black evening gown embroidered with silver thread, a pearl necklace and earrings.

Jackie held court by the fireplace, then excused herself with ‘a dreadful headache.’ She made it a point, though, to say goodbye to each dazzled guest before leaving in her chauffeured car.

During the White House years, Ethel Kennedy sometimes filled in when Jackie couldn’t – or wouldn’t – fulfill a social commitment. Once Jackie begged off a ‘meet-and-greet’ with White House visitors, and Ethel hosted the event instead. Jackie went off to play tennis. Her press secretary lied through her teeth to Ethel, saying Jackie wasn’t feeling well.

During the Kennedy presidency, Ethel’s madcap parties at her home in McLean, Va., made news. She would let loose a live chicken on the dining room table or push presidential advisor Arthur Schlesinger, Jr., into the swimming pool. Jack and Jackie Kennedy rarely went to Ethel’s parties. After John F. Kennedy’s assassination, Bobby Kennedy consoled Jackie – to such an extent many believed they were carrying on a romance.

Ethel Kennedy may have thought so too. Her sister-in-law, Eunice Shriver, was quoted as saying to her, “Well, what are you going to do about it — Bobby’s spending an awful lot of time with the ‘widder.'” Ethel said nothing in response.

After Bobby Kennedy’s assassination in 1968, Ethel’s children grew even more unruly. Things got so bad that Jackie wouldn’t let John and Caroline visit or spend time with their cousins.

Emma Willard: Inventor of the Modern Woman (in 1821)

[…] flew down to Palm Springs for the traditional Kennedy family Christmas. But on December 19, Joseph Kennedy, suffered a massive stroke on Dec. 19, 1961. She was […]

[…] cream from the Four Seas ice cream parlor in Centerville, near the family compound in Hyannisport. Jackie Kennedy’s favorite flavor was said to be […]

[…] consider the Irish Riviera to comprise Milton and Quincy outside of Boston to Cape Cod, where the Kennedy family still maintains a compound. The late Speaker of the House Thomas P. ‘Tip’ O’Neill retired to […]

[…] people know how Jackie Kennedy restored the White House, but few know she was simply finishing the job Harry Truman […]

[…] dated Ethel Skakel’s older sister for two years before dating Ethel. Ethel had fallen in love with Bobby Kennedy at […]

[…] got married, you may want to read how Jackie Kennedy first met her sister-in-law, Ethel Kennedy, here. This story was updated in […]